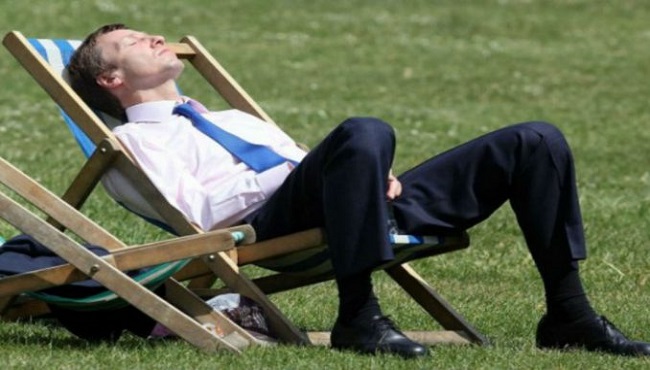 According to the findings of a recent study, people older than 40 perform the best when they work only three days a week.

Apparently, the cognitive performance of the middle-aged people kept improving as the wee increased to 25 hours a week, and decreased over this time, as a result of the stress and fatigue.

The study was published in the Melbourne Institute Worker Paper series, and it involved a series of cognitive tests, conducted on 3,000 Australian men and 3,500 Australian women.

The results showed that people who worked 25 hours a week performed best, and the ones who worked 55 hours were even worse than unemployed participants.

According to Professor Colin McKenzie from Keio University, one of the three authors, “Many countries are going to raise their retirement ages by delaying the age at which people are eligible to start receiving pension benefits. This means that more people continue to work in the later stages of their life.”

“The degree of intellectual stimulation may depend on working hours. Work can be a double-edged sword, in that it can stimulate brain activity, but at the same time long working hours can cause fatigue and stress, which potentially damage cognitive functions.”

He maintains that work can be a double-edged sword.

“While work can stimulate brain activity, long working hours can cause fatigue and stress, which potentially damage cognitive functions. Full-time work (40 hours a week) is still better than no work in terms of maintaining cognitive functioning, but it is not maximizing the positive effects of work.”