The word aphrodisiac came from the name of the ancient Greek goddess of love. These are substances that stimulate sexual attraction and sexual activity. Many people think that aphrodisiacs are synthetic drugs that increase sexual attraction, but this opinion is erroneous because they include only the means of plant and animal origin.

Aphrodisiacs are often added to cosmetics, starting with creams and ending with toothpaste. We will speak about foods that affect sexual activity. The connection between food and sexual desire is much closer than we are used to believing. Many foods contain substances that increase the sexual desire of women and men.

Do you know that certain foods can improve the health and appearance of a person, and therefore increase sexual attractiveness and sexual activity? In addition, these foods are tasty, useful and available, so they can easily be included in the daily diet. Let’s look at the ten best foods to enhance sexual performance:

Whether you like this fruit or not, you need to eat apples! Apples strengthen immunity, strengthen the body and facilitate the process of digestion. The feeling of satiation from the eaten apple will not allow you to overeat, so it is best to eat apples between the main meals. Also, apples help protect the lungs from polluted air and tobacco smoke, which also has a positive effect on the skin condition – it will preserve healthy color, purity, and smoothness.

Maca root is considered an aphrodisiac. The main effects of maca are the elimination of low sexual desire (including coldness and menopause in women) and erectile dysfunction in men (decreased potency). In addition, Maca root is used as an easy tonic, and its effects are somewhat similar to the effects of ginseng in this aspect.

This is a traditional spice for those who want to lose weight, but at the same time, it also has a libido stimulating effect. Pepper can increase the blood flow to the external female genital organs, thereby making them more sensitive and tense.

The therapeutic properties of tea are widely known, especially when it comes to weight loss and protection against cancer. Specific antioxidants in the tea leaves are also useful for blood vessels and the health of the genitourinary system. Green tea contains more catechins than black or oolong. This is truly a love drink!

Can a romantic dinner be without a glass of good wine? Italian scientists interviewed almost 800 women. Those of the ladies who drank 1-2 glasses of red wine a day told about the high level of sexual desire. Specialists believe that this is due to antioxidants, which improve blood flow. Of course, this scientific fact should not induce you to drink wine daily.

This is a widely known aphrodisiac, stimulates the production of endorphins, which improve mood and positively affect pleasure centers in the brain. Because of the content of phenylethylamine, chocolate is good for increasing attraction in men and women. Phenylethylamine is a substance that gives the brain a feeling of love, it is also called the substance of love. It is also useful for the immune system since it is filled with antioxidants.

Chinese herb ginseng is also known for its powerful action in terms of improving sexual function. Red ginseng does this especially well, so you can add it to the tea to get all the available bonuses. In addition, ginseng can help improve sexual arousal in women during menopause.

There are many aphrodisiacs among seafood. However, not all people like oysters very much. Crab sticks are a good alternative to mussels and prawns. They contain zinc. This is a mineral that increases libido. This trace element also normalizes the level of testosterone in the strong half of mankind.

It is believed that this plant is a powerful tool in the struggle for sexual attraction, as it includes substances like hormones and has a stimulating effect on the female erogenous zones. Saffron perfectly removes physical and mental fatigue, but be careful, with excessive use of such spices, there can be an attack of uncontrollable laughter.

Among plant foods, nuts are true record holders for the amino acid content of L-arginine. In the human body, it passes into a gaseous state (nitric oxide), dilates the blood vessels, thereby improving blood flow. For men, walnuts will be especially useful (they are known for their high concentration of omega-3 fatty acids). They make spermatozoa strong and motile. 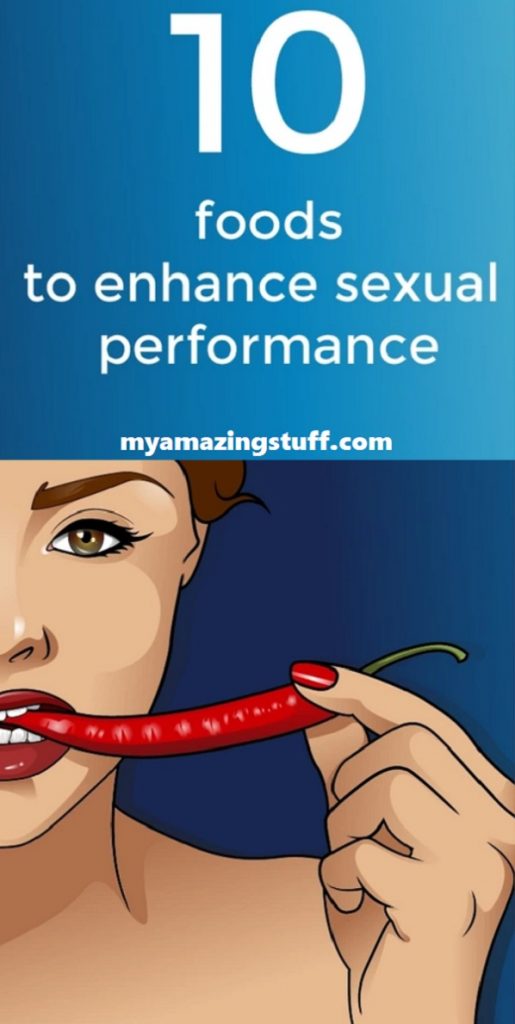