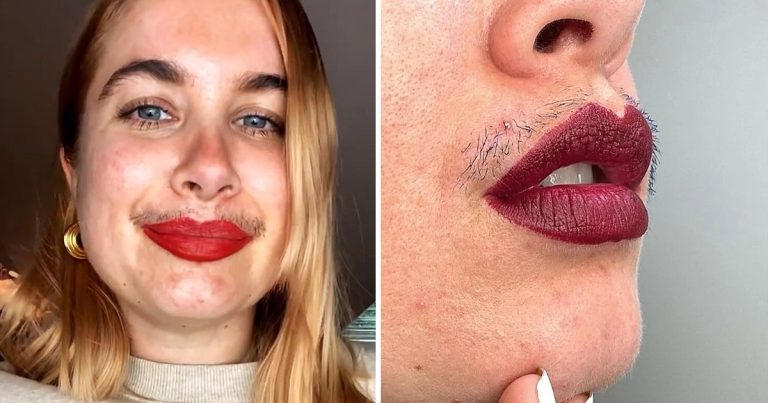 Beauty standards have often been unrealistic throughout history.

Unfortunately, things have become even worse nowadays, with social media making people feel even more insecure and dissatisfied with their physique.

What’s even worse, it seems that this trend isn’t stopping anytime soon, as more and more people feel uncomfortable with the way they look and regularly feel the need to filter the photos they post and enhance the way they appear.

Most celebrities and influencers use such applications as well, making people, especially women, feel even more insecure with their bodies.

TikTok, Instagram, and Facebook are making women feel severely self-conscious about themselves, and multiple studies have confirmed this negative impact of social media on their self-esteem.

As a result, many brave women have decided to become the change they want to see in this strange world!

These women decide to speak out, stand up for us all, and challenge modern beauty standards.

Numerous women decide to stand up and combat this issue

Namely, intending to show that it is absolutely okay to look the way you do, these women go completely natural.

One of these powerful voices is Joanna Kenny, a 31-year-old, who shares close-up photos of her upper lip hair on Instagram, alongside inspiring captions.

She also shares videos that promote the debunking of the filter society.

Joanna Kenny reminds her followers that facial hair is NORMAL.

The British esthetician is the creator of the movement #poresnotflaws, and she is very much keen on being her natural self.

“What’s becoming more frequent is people’s desire to achieve the same poreless skin as their social media filter. This warped perspective of what skin should look like creates unobtainable skincare goals, and any real progress is overlooked.”

Joanna claims that society’s policing of female body hair has to stop.

She believes that we need to also put an end to the filter world, where everything appears perfect and ideal.

Since she shared her natural mustache online, she has gone viral. She captioned the photo:

“Me highlighting my mustache hair is not me say, Hey, you SHOULD find this attractive. Instead, it is serving as a reminder that they don’t HAVE to remove their facial hair to be seen as feminine.”

It turned out that her husband loves her facial hair and all.

In another viral photo, Joanna flaunts her mustache hair.

She shared it to show women that they don’t HAVE to remove facial hair to be seen as feminine.

In one of her Instagram posts, she stresses out that every woman goes through different things and shouldn’t judge others because they don’t like their looks.

“There are people who have a hormonal imbalance or have to take medication that makes their hair grow excessively. And right now, they can’t keep up with the societal pressure to remove or bleach every single to fit in.”

“Choosing not to remove my facial hair doesn’t make me or any other woman ugly.” Joanna insisted.

She hopes that many women will embrace who they truly are after seeing her inspiring posts, and many have already expressed their support and praised her for her honesty.

She hopes her photos inspire others to embrace who they are and how they look.

Under her Mustache post, people online praised Joanna for her brutal honesty, as you can see below: