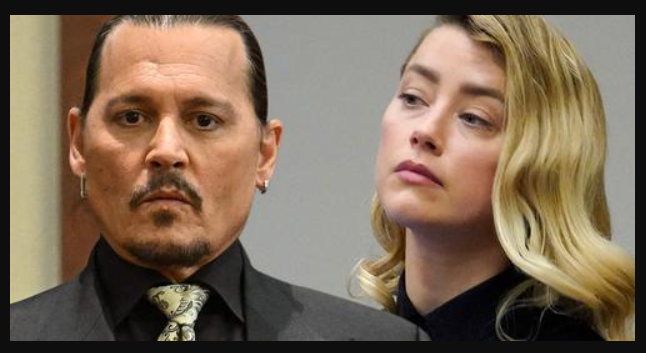 The jury just found unanimously in favor of Johnny Depp on his lawsuit, that Amber Heard calling him a sexual abuser was defamation. The jury further found Heard’s accusations in the Washington Post were malicious. The jury awarded Depp $10 million in compensatory damages and $5 million in punitive damages.

Now here’s the thing … Amber won her defamation countersuit and was awarded $2 million. The defamation was based on Johnny’s lawyer accusing Amber and her friends of concocting a story for the cops under the direction of her lawyer and publicist.

Net result — Amber owes Johnny $8,350,000. It appears the jury has ruled in favor of either Amber, Johnny or both on their defamation claims because the judge just instructed the jury to go back and determine damages. We await the verdict and will continue the live stream.

The Johnny Depp–Amber Heard case is about to reach the finish line with a decisive winner, or maybe two potential losers — and TMZ is streaming the announcement at 12 PM PT.

The jury reached its verdict Wednesday in Fairfax, VA — where they’ve been deliberating for the past few days after a month-plus long trial … with lots of twists and turns, but more importantly — a mountain’s worth of evidence and testimony.

They heard closing arguments on Friday, which saw attorneys for Depp and Heard plead their cases one last time in dramatic fashion. Camille Vasquez and co. told jurors to use their common sense, as did AH’s lead lawyer, Ben Rottenborn — albeit with a different spin.

Rottenborn said a decision against Amber will have devastating effects on DV victims — sending a message to those who choose to speak their truths, but don’t have the most convincing documentation of their trauma … a category in which Amber seemed to fall.

Indeed … while both Johnny and Amber had ample audio recordings of one another amid explosive fights — it would appear only Johnny explicitly caught AH admitting to hitting him.

Of course, Johnny wasn’t left looking like an angel by any means — the infamous kitchen rampage tape was played in court, which shows him throwing a fit and slamming cabinets … all while pouring himself a “mega pint” of wine, and finally catching Amber recording him.

There were also vile texts Johnny sent about Amber, which were shown to the jury as well. Plus, Johnny’s history of substance abuse was put under the microscope … something he owned up to. And, then there are Amber’s alleged injury photos, of which there were several.

Amber also got some of her friends to testify on her behalf, claiming they saw the alleged injuries after the fact … and would often rush to console her after a blowout fight with JD.

Speaking of one of those fights, a memorable moment — and a total W for Team Johnny — came when his ex, Kate Moss, took the stand virtually to bat down a rumor that Amber invoked when she was testifying about an alleged staircase tussle, where she said she thought Johnny would throw her sister down … like he’d allegedly done to KM.

That turned out to be total BS though, as Kate herself said there was no truth to that story — and it seemed to hurt Amber’s credibility, as did other testimony … a la the ACLU “pledge.”

There was also the matter of feces that was addressed early and often … which made for a ton of meme fodder and jokes online, and almost always at the expense of Amber. As you know, Johnny seems to believe either she and/or a friend left it behind in their bed.

But, Amber herself denied it under oath — blaming one of their teacup Yorkies, who she said had bowel issues ever since eating some of Johnny’s weed. The jury is still out on that one.

All the same, it’s clear this trial and all the public backlash against Amber took its toll on her — she cried throughout this trial, but was especially passionate toward the end … saying she just wanted to get on with her life, and that she’s been left virtually broken from all this.Now, this matter is going to be settled once and for all in the form of a jury. Even if Amber