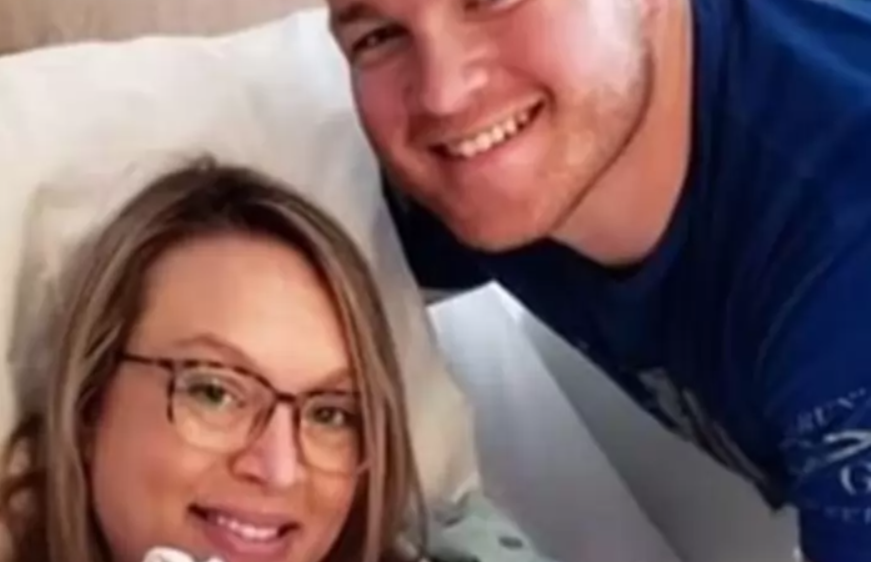 Sgt. Craven wanted to make it home to witness his son’s birth, but his flight was canceled and there wasn’t a car to rent. Then out of nowhere, a complete stranger approached with the most generous offer.

A lot of parents look forward to bringing their kids into the world. That’s why they prepare and clear their schedules to make sure they’re there during the birth of their kids.

Like most dads, Sgt. Seth Craven was excited about the arrival of his first child.

He had been serving in Kabul, Afghanistan as a member of the West Virginia National Guard for about three months. To ensure his presence during his wife’s delivery, he asked permission to be allowed to go home.

After trying numerous times, he finally got the approval- just in time for his wife’s scheduled Cesarean section.

Unfortunately, getting the approval to go home wasn’t the most challenging part for the new dad.

The connecting flights to West Virginia had been canceled for two straight days. Car rentals weren’t available too.

He was about 8 hours away from Julie, his wife. And at that, he almost felt hopeless.

Fortunately, a kind stranger offered to help him.

A program director for AmeriHealth Caritas Partnership, Charlene Vickers, approached him. And surprisingly, she offered to give him a ride. She was headed to Charleston for an event at the time.

In an interview with TODAY, Charlene shared:

“He was sitting on the ground with his back up against the wall and he had his arms draped and his head down. Once I learned that he had been traveling since Monday from Afghanistan to get home for his wife’s pregnancy, I knew I had to do something.”

Sgt. Seth made it!

And his reunion with his wife was just heartwarming. It was a tearful and emotional reunion.

“He fell on his knees and put his head and hand on my belly. We were both in tears. He is a very strong man so for him to kind of crumble like that I know that getting here had been such a struggle for him.”

She was very grateful that her husband made it.

“With all these setbacks, I really felt like he wasn’t gonna make it. I was just very scared that I would have to go through this experience alone. I know how much it meant for him. We had miscarried a few times, so this really was a life-changing moment for both of us.”

A couple of hours later, Sgt. Seth and his wife left for the hospital.

And there, they welcomed Cooper Owen, their son. Seeing and holding him for the first time was life-changing for both of them.

“They tell you how important it is, but nothing can prepare you for that moment. That baby looking back at you, it takes over everything.”

Sgt. Seth and Julie were very thankful for Charlene’s help.

If it wasn’t for her, the new dad wouldn’t have seen his son the day he was born. Sgt. Seth being with Julie on her day of delivery only became possible because Charlene offered to help.

For Charlene, doing good deeds for other people is what you’ll be remembered for. She told TODAY:

Julie hopes that when other people learn about Charlene’s kindness, they’ll pass it on and pay it forward.

Watch the video below to see everyone involved tell their story on The Kelly Clarkson Show!