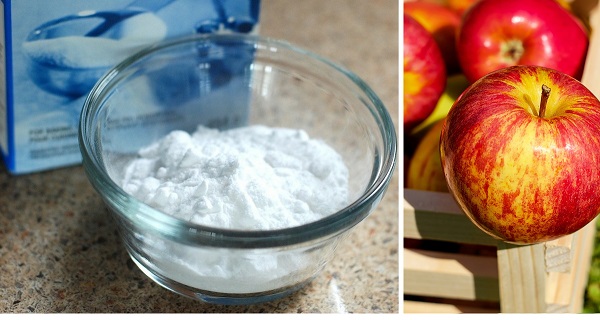 Due to the amount of pesticides and insecticides used on apples, the EPA recommends washing them under water for 2 minutes. However, this rarely works – it will certainly remove the dirt and bacteria from the apples, but won’t do anything for the pesticides. According to Dr. Lili He from the University of Massachusetts, there is a simple way to remove all the chemicals from the surface of the fruit, and it involves the use of baking soda.

Dr. He’s team of scientists conducted an experiment to see if baking soda really works. They treated a few Gala apples (previously untouched) with two synthetic pesticides and put the apples in 3 different solutions – bleach and water, baking soda and water and a bowl of clean water. After 2 minutes, the baking soda and water mixture removed the highest percentage of pesticides, which shows how powerful it is.

According to Dr. He’s team, the best way to ensure that all the chemicals are removed from the surface of the fruit is to soak the apples in the solution for up to 15 minutes. The mixture should be made of 2 teaspoons baking soda and 2 cups of water as well. After you’re done, you should give the apples a rinse under a stream of hot water. All of this must be done as soon as you buy the apples, as the longer the pesticides stay on them, the more they will be absorbed.

Although apples require 10-15 minutes, other fruit doesn’t need that much. For example, if you get blackberries or blueberries, you only need to soak them in the mixture for a few minutes. 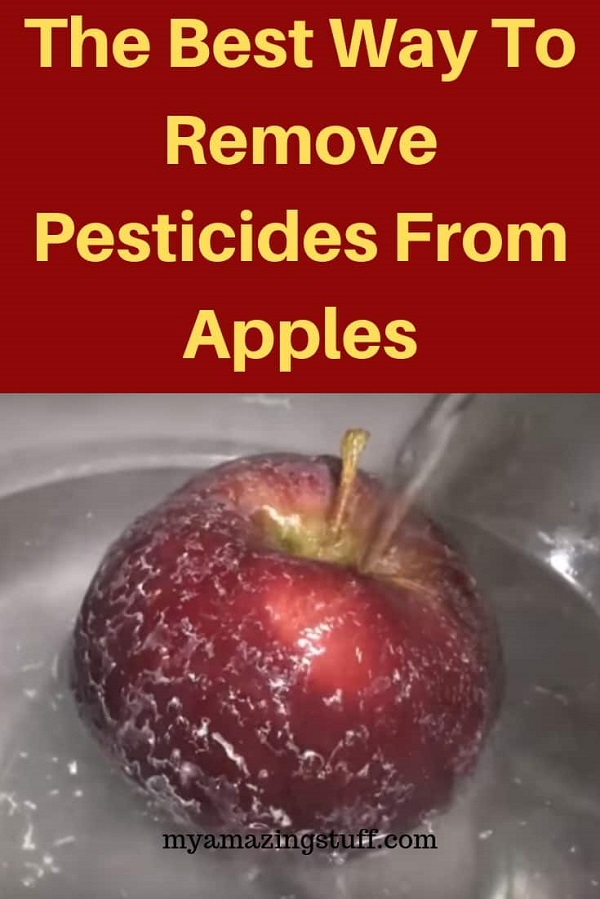